North Star Air is a Canadian airline that offers passenger, charter and cargo flights. The airline is based at Thunder Bay International Airport (YQT) and offers a number of domestic flights to destinations within Canada. Overall, the airline flies to more than 15 destinations.

The airline was founded in 1997, offering seaplane flights in its first years of flying and regular flights in the years following. In 2015, the airline merged with Cargo North and took on all of its cargo services.

North Star Air has a fleet made up of a mix of regional jets and narrow body aircraft. The airline has a mix of ATR 72, Douglas DC-3 and Pilatus PC-12 models.

Passengers are entitled to one item of free carry-on baggage with a maximum weight of 6 kg. This baggage must fit within the dimensions of 40 cm x 33 cm x 20 cm.

Passengers are entitled to one item of free checked baggage. This baggage must not exceed 18 kg in weight.

North Star Air is the only airline that currently uses Thunder Bay International as a hub. However, there are a number of other airlines that fly to the airport, including Air Canada Rouge, ;Bearskin Airlines, Porter Airlines, Sunwing Airlines, Wasaya Airways and WestJet Encore. 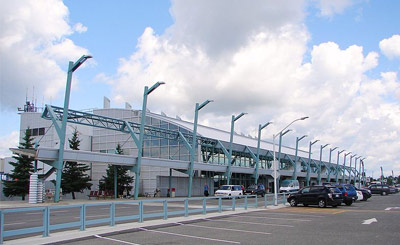