Search & Book Flights to & Within Oceania

Why Buy Flights within Oceania?

Oceania is a region divided into 4 parts: Australasia, Melanesia, Micronesia, and Polynesia. These regions consist of 14 countries and thousands of tropical islands, including Australia, New Zealand, Fiji, Papua New Guinea, French Polynesia and Tonga, among others. Oceania is full of a diverse mix of cultures and climates and is very hot and humid all year round - Australia and New Zealand tend to experience a temperate climate, whereas the Oceanic islands to the east have more tropical and subtropical climates.

Oceania caters to all kinds of travellers from around the world. If you're searching for a city break, you can fly to Sydney or Auckland, or if you're craving a tropical vacation, visit Fiji or Tahiti. It doesn't matter what kind of trip you're after, Oceania surely has something for you! 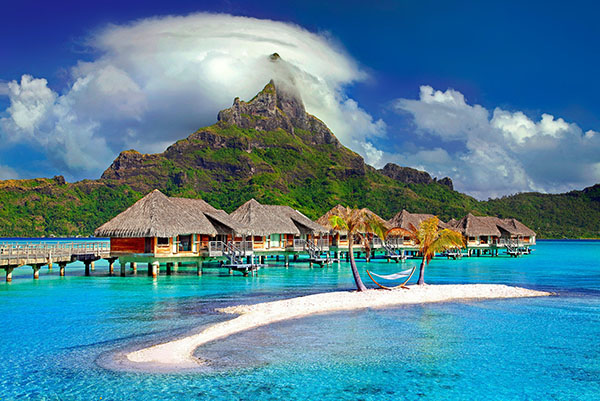 Use our search form at the top of the page to book your flights within Oceania today!

When you search for your flights within Oceania through Alternative Airlines, we'll show you all of the best airlines available that fly many popular routes within Oceania. Discover which airlines to fly with below including Qantas, Fiji Airways, Air New Zealand, Air Tahiti Nui and Air Niugini, among others.

Qantas Airways, also known as Qantas, is the national flag carrier airline of Australia. It currently flies to over 85 cities across the globe and is based in several airports in Australia, including Brisbane Airport and Sydney Airport. Qantas is part of the Oneworld Alliance and is also the third-oldest airline that is still in operation.

Air New Zealand is the flag carrier of New Zealand operating flights to over 50 destinations within Oceania, Asia and North America. Air New Zealand operates these flights out of its hubs in Auckland, Christchurch and Wellington, ranging from over 20 domestic routes in New Zealand and over 30 international cities. The airline is also a member of the Star Alliance.

Flying within Oceania is made easy with Air New Zealand - you can fly from New Zealand to Australia and many popular islands in Oceania including Tahiti, Nadi, Apia, Alofi and Noumea, among others.

Fiji Airways, formerly known as Air Pacific, is the flag carrier airline for Fiji - it flies to over 20 destinations including Australia, New Zealand, Tonga, Samoa, Kiribati, Hong Kong, Japan and the United States. Fiji Airways is one of the best airlines to use when getting around Oceania as it flies to some of the most remote destinations and islands that larger airlines cannot fly to. Domestic flights in Fiji are also operated by Fiji Link, a subsidiary company of Fiji Airways.

All Airlines Flying Within Oceania

Since Oceania is split up into 4 regions (Australasia, Micronesia, Polynesia and Melanesia), we've made it easy for you to discover which airlines fly within each of these regions. If you're searching for a multi-city trip in Oceania, many of these airlines also fly from region to region in Oceania. Take a look at our guide on multi-stop flights for more information if you'd like to book multiple flights around Oceania in one go. 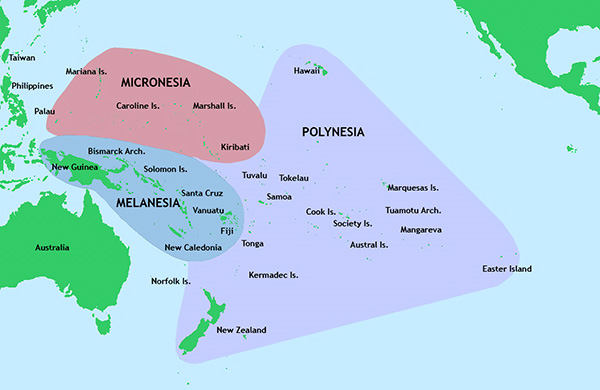 Australasia is made up of Australia and some neighbouring islands in the Pacific Ocean. To get to Australia, you can fly with Qantas or any other major airline that flies to Australia from other major international cities like New York, London and Tokyo, among others. Flying around Australasia can also be done with Air New Zealand, Jetstar and Virgin Australia. Take a look at our Australasia flights guide for more information on all the recommended airlines to use when flying into and around Australasia for your Oceania trip.

Micronesia is a region within Oceania that consists of around 2000 small islands located in the western Pacific Ocean. These islands are grouped into four archipelagos: the Caroline Islands, the Gilbert Islands, the Mariana Islands, and the Marshall Islands. Popular airlines to use when booking flights in Oceania and specifically around Micronesia include Southern Airways Express, Star Marianas Air and United Airlines. Below is a table of all the airlines that fly to and from the primary airports of each country in Micronesia:

Polynesia is another collection of islands spread across the central and eastern parts of the Pacific Ocean and Oceania. It consists of around 1000 small islands and New Zealand. The best airlines to use when flying around Polynesia include Air New Zealand, Air Tahiti and Hawaiian Airlines. Airlines that fly to and within Polynesia include:

Melanesia is the fourth subregion of Oceania that is surrounded by Australasia, Micronesia and Polynesia. Within Melanesia, there are popular tourist spots like Papua New Guinea and Fiji. The most popular airlines to use when flying into and around Melanesia are Air Niugini, Fiji Airways and Aircalin. You can use the airlines listed below to fly to countries within Melanesia from another region in Oceania.

There is so much to see and do in Oceania. With a diverse mix of cultures and climates, it can be difficult to narrow down where you should fly to. This all depends on what type of trip you'd like to experience. Are you aching to relax on a sunny beach in a tropical setting? Or would you rather explore the bustling cities? You don't have to stop there - why not extend your trip and experience the best of both worlds?

With Alternative Airlines, you can book multiple flights in one booking to various different cities or islands and make the most of your vacation to Oceania. Take a look below at some of the most popular and most visited countries in Oceania:

Fiji, made up of around 300 islands, is located in the Melanesia region of Oceania. It is paradise in a nutshell and is the perfect destination for travellers looking to sit back and relax on white, sandy beaches while the waves roll in from the clear, blue ocean. Fiji is well known for its shallow lagoons that are ideal for snorkelling, as well as vibrant coral reefs that any scuba-diving enthusiast would love to see. The ideal time to visit Fiji is between May and September - the skies are clear and average temperatures are around 84°F (29°C).

Australia is the biggest country and continent in Oceania. In Australia, you can experience tropical beaches and urban cities without having to travel too far. The unique city of Sydney is home to many famous landmarks including the Sydney Opera House, Bondi Beach and Harbour Bridge. The pristine beaches of Queensland will most certainly catch the eye of any tourist in Australia - it has over 200 national parks and is also close to The Great Barrier Reef which is the world's largest coral reef system. Spring and autumn are the best times to fly to Australia - the weather is comfortable enough to walk around without feeling too hot or too cold.

If you're not one for crowded city life, Guam is the destination for you. Tucked away in the Micronesia region of Oceania, Guam is full of history and culture, a diverse mix of cuisines and many adventurous marine activities as well as white, sandy beaches and crystal clear waters. The best time to visit Guam is in the dry season which is from January to May, so if you're looking to avoid the typically cold weather elsewhere in the world, you can find warmth in Guam in winter.

New Zealand is the largest country in the Polynesian region of Oceania. It's mostly famous for its manuka honey, being the setting for the popular movie franchise 'Lord of the Rings', sheep and rugby, among others. Any tourist visiting New Zealand should experience its national parks that are oozing with natural beauty, but if you'd rather spend your time away by shopping, we recommend visiting Auckland or Christchurch. New Zealand's summer months are between December and March when you can expect long, bright sunny days.

Which airlines fly within Oceania?

There are many airlines that operate scheduled passenger flights in and around Oceania - some of the most popular airlines that offer flights within Oceania include Qantas, Air New Zealand, Fiji Airways, Air Niugini, Air Tahiti, Jetstar and many more.

Can I buy flights within Oceania and pay later?

Absolutely! When you search for your flights within Oceania through Alternative Airlines, you'll be given the opportunity to book those flights with one of the many flexible payment plans we offer at checkout, including Laybuy, Klarna and Zip, among others.

Choosing to pay later for flights within Oceania means the price of your ticket can be split into instalments that can be paid back on a weekly, bi-weekly or monthly basis (depending on the plan you've chosen). This makes the cost of your flight more manageable and budget-friendly, which is ideal for travellers who wish to fly to multiple destinations in Oceania without spending too much money.

How many countries are in Oceania?

Oceania is made up of 14 countries and is split into 4 regions: Australasia, Micronesia, Polynesia and Melanesia. Some of the most popular countries in Oceania are Australia, New Zealand, Fiji, Papua New Guinea, Hawaii and French Polynesia, among others.