Pay When You Fly

What is Pay When You Fly?

Pay when you fly, also known as 'pay as you fly', is a way of paying for flights without the need to pay the total cost upfront.

It works by letting you pay a small deposit on your flight at the time of booking to secure your ticket and then allows you to pay off the rest of the flight a few weeks before you fly. The amount you pay for the deposit can vary but is usually between 10–25%.

Pay when you fly is a great way to pay because, if your flight is cancelled, it makes the refund process so much easier. Because you've only paid a small deposit, the refund process is much quicker. Plus, you'll only be waiting to get a small amount of money back, rather than the whole price of the flight.

Difference Between Pay When You Fly & Buy Now Pay Later

If you've used Alternative Airlines before, you might think that pay when you fly sounds similar to our buy now pay later options.

While they are similar, there are some key differences between the two ways to pay:

When you pay back

With most buy now pay later options, you're required to pay back the cost of your flights in installments over time. For example, you might pay back the cost every 2 weeks over a 6 week period or pay it back monthly.

With Pay when you fly, you make a small deposit at the time of purchase and then don't have to pay the rest of the flight until a few weeks before you fly.

If you pay via buy now pay later and your flight is cancelled, you'll have to apply for a refund via the traditional process.

Pay when you fly is designed to make the refund process easier. As you only pay a small deposit to the airline, if your flight is cancelled before you pay the remaining amount, it's easier for airlines to refund back the amount that you've paid. 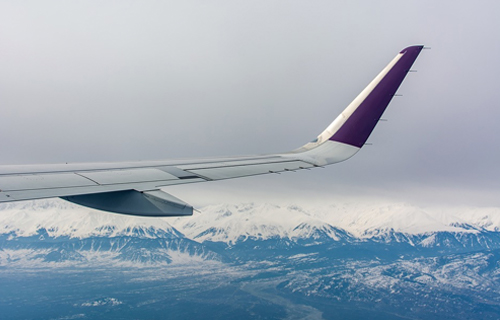 Do you offer pay when you fly at Alternative Airlines?

No, we don't offer pay when you fly at Alternative Airlines at the moment. However, we do offer a range of buy now pay later and financing options. While there are some key differences between the two ways to pay, there are also some similarities. For example, both allow you to secure the price of your ticket at checkout without having to pay the full cost until a later date.

At the moment, there aren't many airlines that offer pay as you fly as a way to pay. But, as air travel returns and people are looking at for safe ways to pay for flights with quicker refund processes, it's likely that more airline will offer it as a payment method.

How did pay when you fly come about?

Pay when you fly was created as a way to pay for airline tickets after there was an abundance of flight cancellations following on from the worldwide outbreak of the coronavirus.

The idea behind it is to eliminate any concern for passengers over refunds if a flight has been cancelled by the airline. By securing the flight with a small deposit, airlines are then able to more easily issue refunds if the flight doesn't go ahead. Plus, it makes passengers more comfortable in booking flights, as they know that the full price of the ticket isn't at risk.

What are the advantages to using pay when you fly?

The main advantage of using pay as you fly as a payment method is that it eliminates any risk and hassle when applying for a refund. Due to there being a smaller amount of money to process, refunds are quicker. Plus, if an airline goes out of business, the most you'll lose is the small deposit that you paid to secure the flight when booking.

Will I get a refund if my flight is cancelled for any reason?

As long as it's cancelled by the airline itself and not by you, you'll be entitled to a refund on the amount that you've paid if your flight is cancelled for any reason. The only exception to this is if the airline cancels your flight due to it going bust. In this case, if it doesn't have enough funds, it may not be able to refund your deposit.

Due to the fact that you wouldn't have paid the remaining amount of your flight until you fly, the deposit is the maximum that you'll lose, regardless of how much is left to pay or the reason for the flight being cancelled.

What's the difference between 'pay when you fly' and 'pay as you fly'?

There's no difference between 'pay when you fly' and 'pay as you fly'. Some people call it by one name and some call it by the other. But, they're both the same thing.

Am I charged interest when choosing pay when you fly?