Piedmont Airlines flies to several destinations across North America, with more than 50 destinations within its route network.

The airline was founded as Henson Airlines in 1961, back when it operated under its own name. It eventually rebranded to Piedmont Airlines, which is what it's know as today. Today, Piedmont Airline flies all across the US. However, in the past, it's flight have typically focused around the Florida area.

Piedmont Airlines is an American airline flying regional and was formerly known as US Airways Express. The airline is based in near Salisbury city in Wicomico County, Maryland. Piedmont Airlines uses Embrarer-145 Regional jets to fly their passengers.

Piedmont Airlines fleet consists of entirely Embraer ERJ-145 aircraft. The aircraft has over 55 in total. 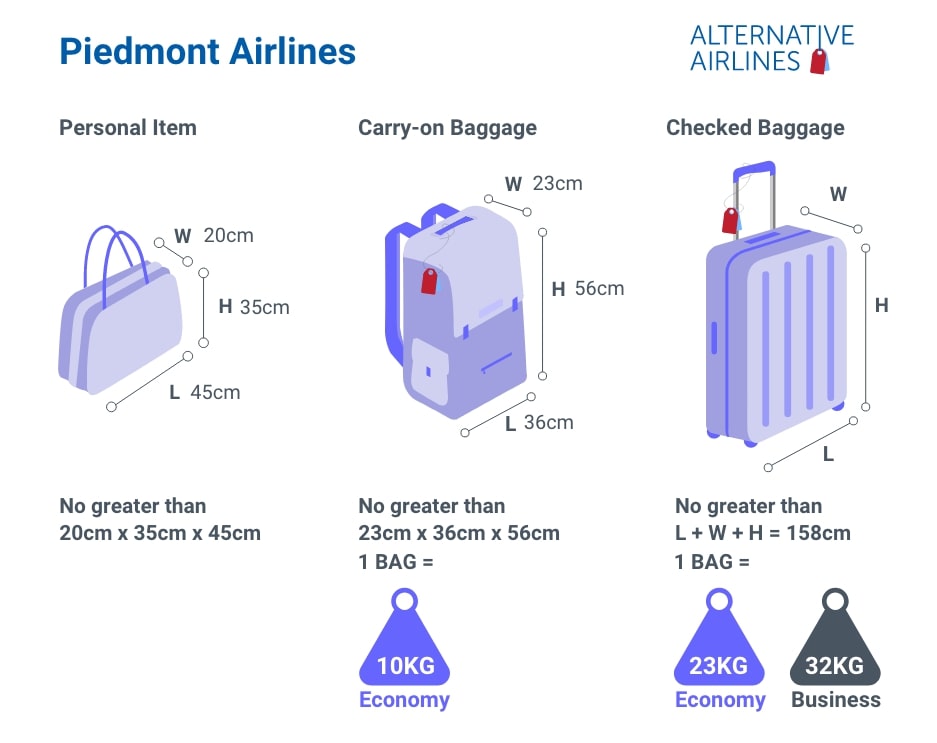 Piedmont Airlines passengers are entitled to one item of carry-on baggage with a maximum weight of 10kg. This baggage must fit within the dimensions of 56 x 36 x 23 cm.

In addition to this, each Piedmont Airlines are allowed one personal item, which must fit within the dimensions of 45 x 35 x 20 cm.

Piedmont Airlines passengers free baggage allowance will differ depending on the fare bought. Some fares will allow for baggage included in the price of the ticket, whereas others will require the passenger to purchase the baggage in addition to the cost of the ticket.

Regardless of the fare, passengers are allowed up to two items of checked baggage with a weight allowance of 23kg in Economy Class and 32kg in Business Class.

Depending on the flight, Piedmont Airlines passengers might be able to check-in for their flight through the American Airlines online check-in page.

For domestic flights, online check-in is open from 24 hours up until 45 minutes before scheduled flight departure time.

For international flights, online check-in is open from 24 hours up until 90 minutes before scheduled flight departure time. 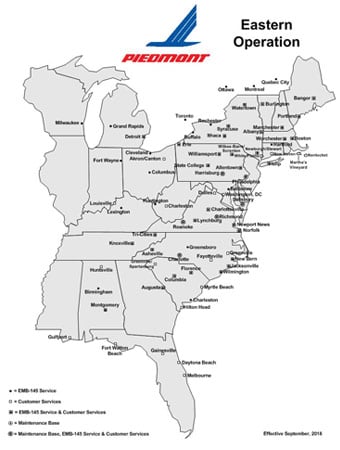 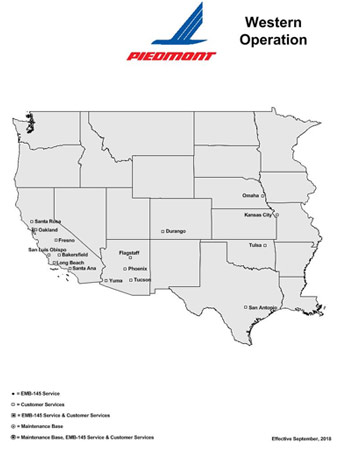 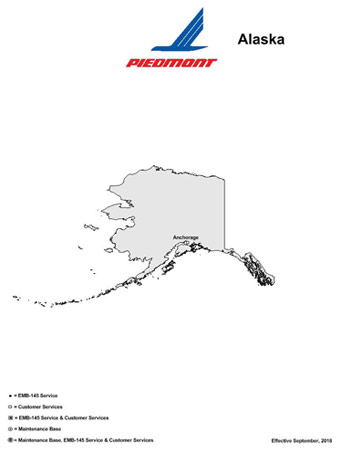 Please click on the logos below to find out more about airlines that fly similar routes to Piedmont Airlines:

The airport currently has 2 runways, with 2017 seeing the airport serving almost 46 million passengers, from 553,000 aircraft.

The airport is a hub for American Airlines, but also runs services for airlines such as Southwest Airlines, United Airlines, Contour Airlines and Frontier Airlines.