Rossiya Airlines is a passenger airline and is among the largest airlines of the Russian Federation. The airline is part of the Aeroflot Group and provides flights that are focussed on a high level of service, comfort, punctuality and safety. The airline has a wide route network of flights within Russia, as well as to international destinations within Europe and Asia.

Founded in 1934, Rossiya Airlines is one of the oldest airlines in Russia. One of its key goals is to develop and increase the transport accessibility and mobility of the population of Russia. The airline provides a convenient way to travel for all passengers, regardless of whether they're flying for business, leisure or otherwise. In 2016, an airline called Aeroflot-Don (previously JSC Donavia), which was also an Aeroflot subsidiary, was merged into Rossiya.

Rossiya Airlines' work is based on four key principles — a team of professionals who ensure passenger safety on all of its flights, constant reviewing and improvement of its service, the perfect balance of price and quality and maintaining a modern fleet.

The airline employees more than 7,000 staff and is a responsible employer. It has expertly trained, professional teams in several regions across Russia and connects the best practices and traditions of civil aviation to create a well-managed airline company.

According to JACDEC and Airline Ratings, Rossiya Airlines is the leader in flight safety within Russia.

Baggage rules and regulations differ depending on your flight number. The free baggage allowance is based on a piece system and changes depending on which cabin class and fare type is purchased.

*A baggage weight system is used on flights numbered FV5501-5949 (flights ordered by a tour operator). This means that baggage allowance is based on weight rather than piece. The weight allowance is set by the tour operator that the flight has been booked with.

Miles can be earned any time a passenger flies with Rossiya Airlines or one of the SkyTeam partner airlines. The Aeroflot Bonus frequent flyer programme is and the benefits gained from it is available on all Rossiya Airlines flights, excluding flights numbered FV 5501-5949. 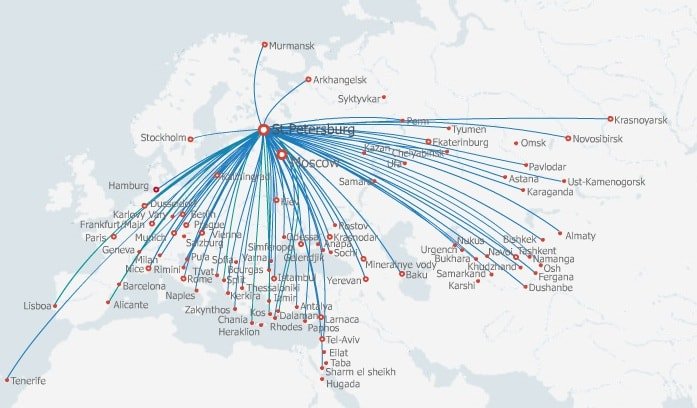 The Rossiya Airlines fleet is made up of the following planes:

Please click on the logos below to find out more about airlines that fly similar routes to Rossiya Airlines:

Pulkovo Airport is the international airport serving Saint Petersburg, Russia. The airport is the hub airport for Rossiya Airlines and Ural Airlines. 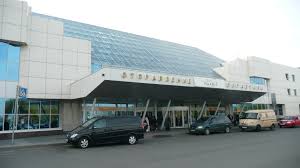 What other airlines fly to similar destinations?

Other airlines that travel to similar destinations as to Rossiya Airlines include: JSC Donavia, Red Wings, Aeroflot and more.