Royal Brunei Airlines is the government-owned national flag carrier airline of Brunei. The airline is based at Brunei International Airport (BWN) and offers scheduled flights to destinations primarily across Asia, but also to destinations in Oceania and Europe.

Royal Brunei Airlines is currently the only Bruneian airline operating scheduled passenger flights to/from the country. This makes it the main mode of transport for travellers entering and leaving the country.

Royal Brunei Airlines fleet is made up of entirely of Airbus and Boeing aircraft. The airline has Airbus A320-200, A320neo and A330-900neo models within its fleet, as well as the Boeing 787-8 model.

For the most part, the airline has historically used Boeing and Airbus aircraft. Although, it did use two Fokker regional jets (50 and 100 models) in the mid-1990s too. 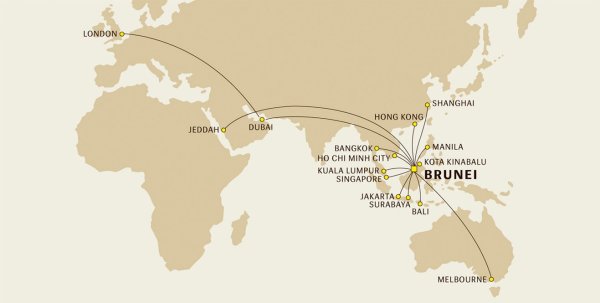 If passengers are flying in Economy Class, they're entitled to one item of carry-on baggage that must fit within the dimensions of 55 x 38 x 20 cm. Baggage must weigh no heavier than 7kg.

If passengers are flying Business Class, they're entitled to 40kg of checked baggage free of charge.

If passengers are flying Economy Class, they're entitled to 30kg of checked baggage free of charge. No single item of baggage can weigh heavier than 32kg and it must fit within the overall dimensions of 158cm.

Economy Seats are spacious with an average pitch of (76–81 cm) 30–32". Each seat is reclinable, with adjustable headrests on the Boeing 787.

Passengers are given a person TV screen which they can use to access the airlines' in-flight entertainment. Business Class passengers are also treated a fine-dining experience, with food served on crockery plates, metal cutlery and a selection of drinks served in glassware.

Each seat comes with a power connector that can be used to charge passengers' personal electronic devices.

Business Class seats transform into fully flat beds on the Boeing 787 and to a 10-degree angle on the Airbus A320. The lie-flat beds come with a duvet and pillow.

Enjoy a selection of TV shows, movies, music and games through Royal Brunei's in-flight entertainment system, Impian. Impian can be accessed via personal TV screens built into the back of each seat, or via passengers' personal devices. In-flight entertainment is refreshed every month and is constantly updated with Hollywood's latest hits and classic movies, shows and albums.

Passengers can connect to Royal Brunei's WIFI network to access the airline's in-flight entertainment system, Impian. The WIFI network cannot be used for browsing the web.

Passengers can enjoy a selection of snacks, drinks and main meals on board all flights, with a premium dining experience for those flying in Business Class. The standard meal served is dependant on the time of day the flight is flown. Special meals are available to pre-order but must be ordered directly with the airline no later than 24 hours before the flight is scheduled to depart.

There are three types of membership cards, with varying benefits:

Royal Brunei Airlines isn't part of an airline alliance. However, it does have interline/codeshare agreements with the following airlines:

Brunei International Airport is the primary airport in the nation of Brunei and is the hub airport for Royal Brunei Airlines. The airport has a single terminal building, a single runway and facilitates flights from airlines flying to destinations across Asia and Oceania.

Other airlines which fly to and from Brunei International include AirAsia, Cebu Pacific, Lucky Air, Malaysia Airlines and Singapore Airlines. 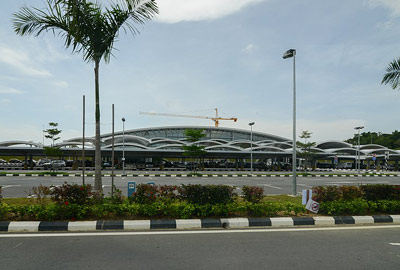 Please click on the logos below to find out more about airlines that fly similar routes to Royal Brunei Airlines. Alternatively, you can use the search bar above to enter your destination and find flights that fit your itinerary.