Royal Jordanian Airlines (Arabic: الملكيَّة الأردنيَّة‬) is the flag carrier airline of Jordan and operates from its hub airport at Queen Alia International Airport (AMM) in Amman, Jordan. It was founded in 1963 under the name Alia Airlines but has since changed its name from Alia to The Royal Jordanian Airlines in 2001. It has had many slogans since its founding, but its current slogan is “A World of Stories". It has codeshare agreements with many airlines including Alitalia, American Airlines, British Airlines, Etihad Airways, Iberia, Malaysia Airlines, Middle East Airlines, Qatar Airways, Royal Air Maroc, S7 Airlines, Gulf Air, Syrian Airlines, Oman Air, Middle East Airlines and Turkish Airlines.

Royal Jordanian Airlines' fleet comprises of Boeing 787s, Airbus A330s, A321s, A320s, A319s, Embraer 195s and Embraer 175s. The Airbus A340 is equipped with sleeper seats that recline to a flat, 180-degree position. The Boeing 787 Dreamliner is often used on the longer flights, for example to the United Kingdom and the USA. Royal Jordanian Airlines offers Crown Class — a class fare that gives passengers premier check-in at Queen Alia International Airport and access to the fully equipped Crown Lounge.

The airline operates over 500 flights per week, with at least 110 daily departures to 43 destinations in 31 countries.

Did you know, when you book your Royal Jordanian Airlines flights through Alternative Airlines you can choose to pay using Jordanian Dinar? It's just one of the 160 currencies that you choose from!

As of octubre 2020, Royal Jordanian Airlines fleet consisted of over 20 of the following aircraft:

Royal Jordanian Economy class passengers are allowed one piece of carry-on baggage which can't exceed the weight of 7kg / 15 lbs and the overall dimensions of 115cm / 45 in. Crown Class passengers on Royal Jordanian are allowed two pieces of carry-on baggage with the same weight and dimensions for each bag — 7 kg / 15 lbs and 115cm / 45 in. Please don't pack prohibted items in your carry-on bag such as flammable liquids, toxic substances, liquids over 100ml, sharp objects. These items will be removed from your bag and disposed at security.

As part of Royal Jordanian Airlines desire to offer traditional hospitality to each passenger, the airline continues to serve full meals on medium to long flights, and provide light snacks on shorter runs. The Economy class menu brings together an array of more than 40 delicious, flavorful dishes from local and international cuisine covering the three main meals of the day – breakfast, lunch, and dinner. Kids Meals are designed to taste great, provide high nutritional value, and be fun, the Kid's Meal always pleases the youngsters onboard. Royal Jordanian passengers each receive a selection of complimentary items onboard.

Arrive at your destination feeling fresh and full of energy, thanks to the comfortable flight you'll enjoy seated in the Economy class. Well-cushioned and spacious, your seat makes the most of the Economy. In-Flight entertainment is directly in front of you. Each seat comes equipped with an individual fan and reading light, a pocket for storing small items used during the flight, a clean headrest cover, and room to stretch your legs.

With Business Class, dining is a feast of delicious and healthy choices, offering sumptuous food in an elegant setting. Every detail in the service, presentation, and flavour prove "Crown Dining" is worthy to its name. Prepared by chefs who care about food, and served by onboard staff who care about you, tasteful meals will satisfy even the most distinguished of palates.

Prior to boarding: A convenient way to get access to Crown Lounge for multiple trips. You can buy credits for multiple Lounge access in advance and get the advantage of locked-in Lounge prices over a period of time. Designed to satisfy the needs and desires of every passenger with a calming atmosphere to relax, work, hang out and dine. Curbside baggage handling, obtaining your boarding pass, and immigration processing without queuing allows you to process through quickly.

With Business Class your seat can transform into a luxurious flatbed (on selected aircraft). Travellers flying with Business Class that wish to remain plugged into their work will find all the necessary productivity tools surrounding them. The spacious area provides plenty of room for those needing to work on laptop computers. USB ports are available (on select aircraft) for charging laptop computers, MP3 players, and other electronic devices.

Those wishing to see the time go by quickly can lose themselves in a world of excitement, adventure, drama or comedy through each seats personal TV screen and the "Crown Class" In-flight entertainment options.

Royal Jordanian provides a self-check-in service in order to reduce waiting times at check-in counters. Self-check-in is really easy too use however, if your struggling to check-in there are always staff around that are willing to help you.

With this alliance, Royal Jordanian airlines can offer its passengers rewards, benefits each time they fly. The Royal Club has 4 tiers a Bronze Sunbird, Silver Jay, Gold Sparrow and Platinum Hawk. By flying frequently passengers can easily qualify to the higher tiers based on either the miles they earn from flights or the number of segments they travel.

Queen Alia International Airport (AMM) is situated in Zizya, approx 30 kilometers (18 miles) south of Amman. The airport serves Amman, which is the capital and the largest city of Jordan. In 2021, Queen Alia International Airport served over 4.5 million passengers. The airport was awarded 1st place in 'Best Airport by Size and Region for the Middle East.

Queen Alia International Airport is the main airport for Amman, Jordan and is the hub airport for Royal Jordanian Airlines, Jordan Aviation, Royal Falcon and Royal Wings. Other airlines which fly to and from this airport include Gulf Air, Iraqi Airways, flydubai, Etihad Airways, Alitalia, Air Arabia Jordan, Air Arabia Egypt and many others. 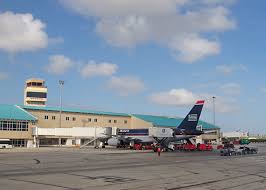 Royal Jordanian Airlines offer many special services to its passengers. Please see below the following services it currently offers:

If you require wheelchair assistance at the airport, you must inform Royal Jordanian Airlines of this at the time of your booking. You can request this service by getting through to the airline's offices; or the Alternative Airlines customer service team if you have booked through our website. For more information on this please see our wheelchair assistance page.

Children aged between 2-5 years old: may be allowed to travel as Unaccompanied Minors only if a Royal Jordanian escort is arranged at least 48 hours before. Children ageing from 5 to 12 years old are accepted. Children aged from 12 to 18 years are only accepted on flights to/from USA or Canada.

Before 28 weeks of pregnancy, all expectant mothers are recommended to speak to their doctor before flying. Pregnant mothers beyond 28 weeks of pregnancy need to complete a certified medical report from their attending Gynecologist written within seven days prior to the date of travel and this report must be approved by Royal Jordanian Medical Adviser.

Pets are permitted to travel in the cabin as well as a pressurised and temperature controlled area of the aircraft. Pets such as dogs, cats and other small domestic animals traveling with the passenger on the same flight may be accepted as checked baggage.

If you have booked a Royal Jordanian Airlines flight ticket through Alternative Airlines and need help, please visit our Contact page to find all contact information. Our customer service are a hands-on team, if you have any queries please don't hesitate to contact us.

Can I buy Royal Jordanian Airlines flights on finance?

YES! By book Royal Jordanian Airlines flights through Alternative Airlines you can secure the prices of today and pay at a later date. At Alternative Airlines we offer 40+ payment methods including many buy now, pay later payment providers such as Klarna, Afterpay, Affirm, Uplift, Tabby and more. To find the best payment plan option for you, visit our Buy Now, Pay Later page.