Make a Scat Airlines Booking and Find Some Amazing Deals

Antalya, Bodrum, Paris, Wien, Amsterdam, Frankfurt, Dusseldorf, Stuttgart, Berlin, Adana, Dalaman, Izmir, Odessa, Nalchik, and many other cities. SCAT Airlines set to benefit as Kazakhstan negotiated with several foreign airlines to launch new routes during Expo 2017 exhibition in Astana. Austrian, Czech airlines will resume flights to Kazakhstan, Air China will fly from China, according to the vice minister. On December 12, Kazakhstan plans to meet with aviation authorities of Iran and China and request additional slots for Kazakh Air Astana and Scat airlines in order to increase international flights from Almaty to Chinese Xian and Iranian Tehran.

The airline's fleet consists of predominantly owned western aircraft, operating more than 80 domestic and international air routes, annually offering up to ten new destinations, with the passenger traffic increased on average by 40%.

SCAT Airlines has increased their baggage allowance for adults and children from 25 kg to 30kg plus 5 kg (hand baggage) for all travellers to and from Istanbul. For adults and minors with tickets the weight of free luggage per individual is 20 kg including 5 kg of carry-on.

Each kilogram of weight in excess must be additionally paid for. SCAT Airlines allows 1 carry-on item on board, provided however that its size does not exceed 55 х 40 х 20cm and it weighs no more than 5 kg.

Online check-in for Scat Airlines opens 24 hours before the scheduled flight departure. Please print your boarding pass and arrive at the airport at least 30 minutes before check-in.

Passengers checking luggage at the airport should arrive at least 40 minutes before their flight departure.

The airline flies to the following destinations within Kazakhstan

To learn more about flying domestically in Kazakhstan please visit our 'Domestic Flights in Kazakhstan' page. 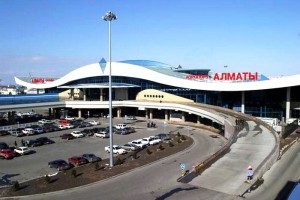 Please click on the logos below to find out about airlines that fly similar routes:

*Promo code can be used on any flight ticket priced over . Can be redeemed with any payment method but only when paying in . Flight seats and prices are subject to availability. Can only be used once per customer. Non-refundable and for over 18s only. Cannot be combined with any other promo code offer. Promo code expires 29th Nov.
Alternative Airlines Ltd - Incorporated in England: 02885223 © 2022 All rights reserved