Please can we suggest using the search bar above, or look at the logos for alternative airlines below which fly similar routes, by clicking on their logos.

SeaPort Airlines was divided into three regions: Pacific Northwest, Mid-South and Southwest. The Pacific Northwest Service, based in Portland, focused it services on providing flights for commuters, particularly those between Seattle and Portland. The Mid-South service, based in Memphis, was subsidised by federal government under the Essential Air Service. This service provided daily flights (apart from Saturdays) between Salina and Kansas, which later expanded to include Harrison, Arkansas and Dallas Love Field from El Dorada and Hot Springs. The Southwest service connected Imperial / El Centro to San Diego and Burbank. 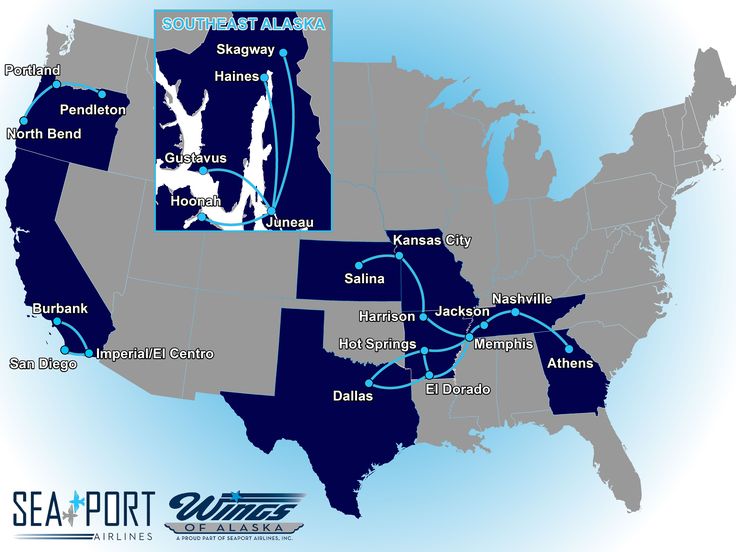 Before ceasing operations, SeaPort operated its services on the following aircraft:

Portland International Airport is the main airport serving Oregon and is the hub airport for Alaska Airlines, Horizon Air and SeaPort Airlines. Other airlines which fly to and from this airport include American Airlines, Air Canada, Alaska Airlines, Delta Airlines, Frontier Airlines and Hawaiian Airlines.