Make a Shenzhen Airlines Booking and Find Some Amazing Deals 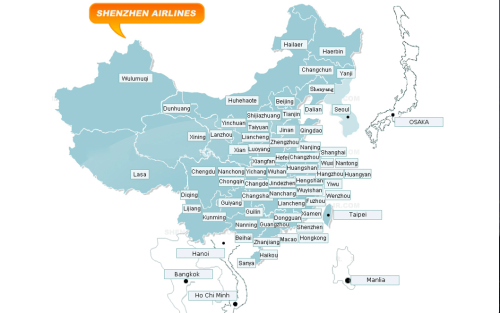 Passengers can pre-order meals up to 24 hours before departure time and it only applicable for flights that have a duration of more than two hours.

Online check-in can be found at the Shenzhen Airlines website and closes 90 minutes before the scheduled flight departure. Online check-in is not available for those passengers travelling with an infant.

Airport check-in opening and closing times vary airport to airport, but we recommend passengers to arrive at the airport two hours prior departure.