Make a Sky Airline Booking and Find Some Amazing Deals

Sky Airline is a Chilean airline based at Comodoro Arturo Merino Benitez International Airport (SCL) in Santiago, Chile. It's the second-largest airline in Chile, providing passenger, postal and cargo air transport services since 2001. When it first launched, Sky Airline initially operated to the key cities of Chile. As popularity and demand grew, the airline began offering flight tickets to other countries in South America. Today, the airline flies to over 25 destinations across five countries in the continent and is the second-largest airline in Chile.

The airline is now known as the second-largest airline in Chile behind LATAM Chile.

Sky Airline was named the Best Regional Airline in South America in 2014 and 2015 in the Skytrax World Airline Awards.

The airline has a Peruvian subsidiary airline, Sky Airline Perú. In octubre 2021, Sky Airline announced that it would be merging with Aviance to create a mega low-cost carrier by 2022.

Sky Airline's fleet consists of 25x Airbus A320neo and 3x Airbus A321neo aircraft. SKY Airline currently has an order of 10x Airbus A321 XLR aircraft which is set to arrive in the second quarter of 2023. 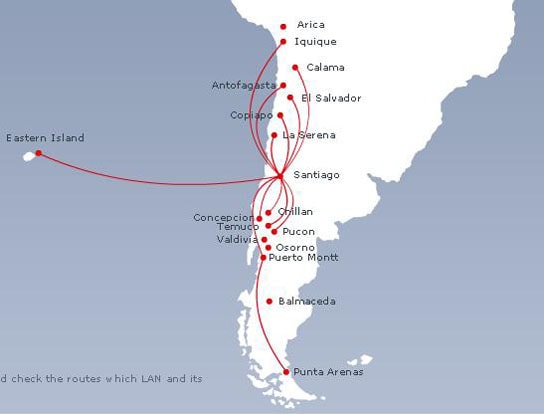 Passengers with a ZERO fare ticket are entitled to one free personal item which can be a handbag, laptop and bag, jacket etc. ZERO fare passengers have the option to purchase a carry-on bag at an additional cost.

Passengers with a PLUS or FULL fare ticket already have a carry-on bag included in the price of their ticket, as well as a personal item.

ZERO fare passengers aren't given a free checked baggage allowance and must purchase a checked bag if they want one.

No one piece of baggage can weigh more than 23 kg and it must fit within the overall dimensions of 158 cm/62" (height x width x length).

Passengers can check-in through the Sky Airline online check-in page, where they'll need to enter their PNR and the last name of the person whose name is attached to the booking.

Online check-in opens 48 hours and closes one hour prior to departure time. For customers requiring special assistance, travelling with pets or for unaccompanied minors, check-in is only available at the airport.

Airport check-in closes 40 minutes prior to the flight departure. Sky Airline recommends arriving two hours before departure for domestic flights and three hours prior to departure for international flights.

Economy Class is the only cabin class that's available on Sky Airline flights. The cabin is clean and comfortable, with the Economy Class service delivered by the airline's trained cabin crew.

Passengers can order food and drink from the airline's in-flight menu.

Depending on the fare chosen, each passenger will have a different baggage allowance.

Economy Class seats are set out in a 3 x 3 configuration and give the standard seat width and legroom for Airbus A320 aircraft.

There's no in-flight entertainment system onboard Sky Airline flights. However, the airline does provide each passenger with the latest issue of the in-flight magazine, which has recent news and updates from the airline, as well as information on some of Sky Airlines' most popular destinations.

There's no WIFI system on board Sky Airline flights.

SKY Airline allows you to bring a dog/cat in the cabin as long as it's at least 12 weeks old. SKY Airlines only allow a maximum of 4 pets in the cabin. You must ensure that you have your pet's vaccination certificates and documents before flying.

Passengers can order a range of snacks and drinks from the airline's in-flight menu. The menu consists of a selection of sandwiches, salty or sweet snacks, as well as hot drinks, soft cold drinks and alcoholic beverages.

The airline offers a number of different combos, so passengers can save money by pairing a snack or sandwich with a drink.

Sky Airlines isn't a member of any airline alliance at this time.

The airport is also a hub for JetSMART and LATAM Chile. Other airlines which operate at this airport include Aerolineas Argentinas, Aeromexico, Avianca, Gol and the startup Infinity Airlines. 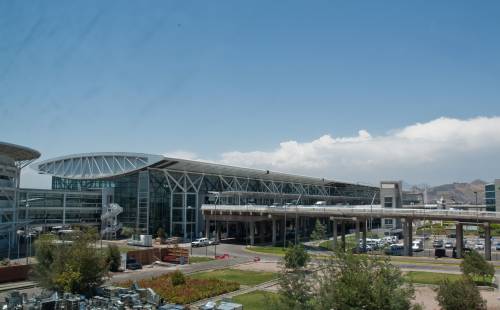 If you want to book Sky Airlines flights in English you can do so by booking through Alternative Airlines. We even have an English speaking customer service team who are able to answer any queries you may have.