Make a Reservation and Find Some Amazing Deals at Alternative Airlines

The airline was created in 1998 by Air Algérie and the national Algerian oil company, Sonatrach. It launched its first-ever flight in 1999, with a service flying from Hassi Messaoud to Algiers. In 2005, Air Algeries sold its share in the airline to Sonatrach, which now fully-owns the airline.

Since Air Algerie sold its share in the company, Tassili has shifted its focus mainly on offering charter flights. Although, the airline does still offer a lot of scheduled services and continues to grow its scheduled network.

During the coronavirus pandemic, Tassili Airlines has temporarily suspended its international flights to France.

Tassili Airlines flies to many destinations in Algeria and France: 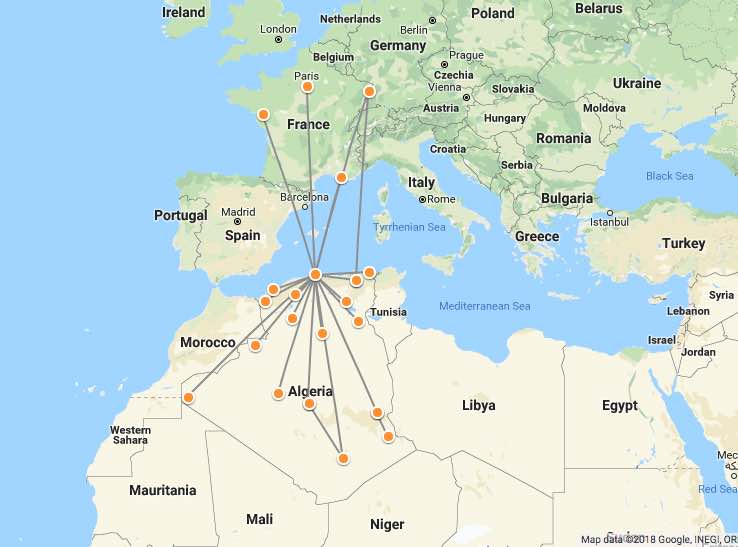 The free baggage allowance for each passenger will differ depending on whether their flight is domestic or international, as well as whether they're flying in Business Class or Economy Class.

Passengers in Economy Class are entitled to 10 kg of free carry-on baggage on all flights, regardless of whether they're flying international or domestic.

Passengers in Business Class are entitled to 12 kg of free carry-on baggage on all flights, regardless of whether they're flying international or domestic.

Passengers can check-in via the web by using the Tassili Airlines online check-in page. Online check-in is available from 48 hours up until 4 hours before scheduled flight departure time. Passengers will need to enter their last name and booking reference in order to check-in.

Passengers using online check-in will also have the benefit of pre-selecting their seat before passengers that check-in at the airport.

The airport serves over 7 million passengers each year.

The only other scheduled passenger airline to use Houari Boumediene Airport as a hub is Air Algiers. Other airlines that fly to/from the airport include British Airways, Flynas, Nouvelair, Royal Air Maroc, Transavia France, Vueling and many more.