What are Trans Indian Ocean Flights?

The Indian Ocean is the third-largest of the world's oceans, responsible for about 19.8% of the water on the Earth's surface. The ocean is bounded by Asia to the north, Africa to the west, and Australia to the east. Trans Indian Ocean flights are those which fly over the Indian ocean.

India is in a particularly central location, at the head of the Indian Ocean. The country is a key gateway and thriving transportation hub, with long-established contact via sea and air with Europe, Africa and West Asia from its Western coast, Australia from its Southern coast, and South and South-Eastern Asia from its Eastern coast. 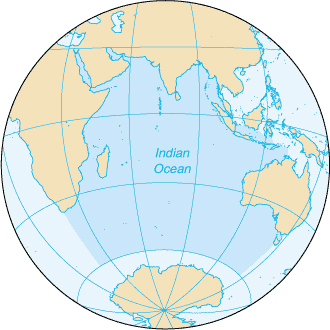 Emirates is one the world's largest airline and is based in Dubai, in the United Arab Emirates. The airline connects 85 countries across six continents, including a number of trans Indian Ocean flights. This includes connecting Australia (including Melbourne, Sydne and Perth) with Dubai, as well as South Africa and a number of destinations in East Asia (including Bangkok and Bali).

Qatar Airways is the flag carrier of Qatar, connecting the Middle East to numerous destinations across 80 countries. The airline operates a number of trans Indian Ocean flights, connecting Doha with Australia, South Africa, and many destinations within East Asia.

Many of the top airlines in the world offer economy flights to popular destinations located within the Indian Ocean. All of the most popular islands within the Indian Ocean have a large international airport. For example, airlines that fly to Mauritius include British Airways, Emirates, and Air Mauritius, providing direct flights from the UK and Asia, as well as easy connections from the US.

Tip Tip: All of the islands of the Indian Ocean are equally diverse and beautiful in their own right. To experience them all, catch a flight between multiple islands during your trip! For example you can be absorbing the buzzing nightlife of Colombo one evening, and then be relaxing on the soft white sands of a beach in the Maldives on the next day.

The Seychelles is an incredible archipelago made up of approximately 115 islands. Discover presting beaches, diverse marine life, a lush tropical landscape, incredible nature reserves and even rare animals (including the giant Aldabra tortoise!).

Air Seychelles operates a number of trans Indian Ocean flights, including flights to Mumbai, in India.

Air Mauritius is the national flag carrier of the island of Mauritius, a dramatic, volcanic island in the Indian Ocean which is known for its pristine beaches and sandy beaches. The airline operates a number of trans Indian Ocean flight routes, including flights from Mauritius to India (including Delhi, Bangalore, and Mumbai) as well as flights to China (including Shanghai and Hong Kong).

Discover which airlines fly to some the most popular islands within the Indian Ocean:

What are Trans Indian Ocean flights?

Where can I book Trans Indian Oncean flights?

You can search and book your Trans Indian Ocean flights through Alternative Airlines. It is easy to search and book flights on over 600 airlines, including Air Mauritius, Air Madagascar, AirAsia, Virgin Australia, and all of the other airlines that offer scheduled passenger flights across the Indian Ocean. Simply use the search bar above to start searching for flights.