Tropic Air is an airline from Belize which is one of the largest airlines in the country and operates flights within Belize and to regional destinations in Mexico, Honduras and Guatemala It is the only airline conveniently linking major cities in the Yucatan on a daily basis.

Tropic Air was founded in 1979 with just a single aeroplane and two employees, and has steadily grown to become the largest and most experienced airline in Belize. Tropic Air operates many tours including Blue Hole from the Air, Cave Tubing and Airboat, Lamanai Maya River Tour, ATM Maya Underworld, Snorkel Hol Chan, Zipline & Belize Zoo and Black Hole Drop.

Tropic Air will only fly to Chetumal three times weekly initially with a schedule that will allow for connections to and from Mexico City. Tropic expects that by April the flights will be offered 5 times weekly. 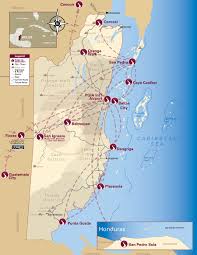 Philip Goldson International Airport is the main airport for Belize City and is the hub airport for Tropic Air and Maya Island Air.

Other airlines which fly to and from this airport include American Airlines, Avianca El Salvador, Copa Airlines, Delta Air Lines, Southwest Airlines, TAG and United Airlines.