Make a Twin Jet reservation and find some amazing deals

Twin Jet is a French regional airline which flies to many destinations around Europe. The airline created in 2001 and is a Flying Blue partner since marzo 2002 with its headquarters at Aix en Provence in France. 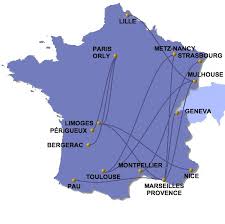