Make a Vietravel Airlines Booking and Find Some Amazing Deals

Vietravel Airlines is a new Vietnamese airline. The airline is based at Phu Bai International Airport (HUI) and has plans to mainly offer international flights to a& variety of destinations in Southeast Asian countries, Japan, South Korea, China and Australia, as well as domestic flights within Vietnam. Vietravel Airlines will operate both private charter and scheduled passenger flights.

The airline received its air operator's certificate (AOC) from the Civil Aviation Authority of Vietnam (CAAV) in diciembre 2020, and commenced its first commercial flights in enero 2021, flying between Ho Chi Minh City and Phu Quoc.

Long-term, the airline also plans on flying to international destinations in other Southeast Asian countries, as well as to destinations in Japan, South Korea, China and Australia.

Checked baggage is not included in the price of the ticket and will need to be added on by the passenger either beforehand (during the booking process, or by contacting customer service after the reservation has been made) or at the airport. Customers can add checked baggage in different package weights: 5kg, 10kg, 15kg, 20kg, 25kg, 30kg, 35kg, and 40kg. In all cases, checked baggage must not exceed 203 cm in total linear dimensions.

Online check-in is not currently available.

There is only one class available, which is standard (Economy) seating. However, within Economy, there are different ticket fares available, which determine the level of flexibility (refunds, name changes, baggage allowance etc) that is included in the price of the ticket. 'Wisdom', 'Standard', and 'Common' are the names of the more affordable tickets, but which offer the least amount of flexibility.'Optimal' is the most flexible option, which also entitles the passenger to the greatest baggage allowance. The ticket options will be detailed during the booking process so that you're able to select the option which best meets your needs.

Seats are configured in a 3-3 formation, with plenty of storage space in the overhead compartments.

An onboard catering service is available for purchase. Passengers can enjoy a range of hot and cold beverages, snacks and light meals.

The cabin is not equipped with an entertainment system.

Phu Bai International Airport is an international airport in Vietnam and will be the hub airport for Vietravel Airlines. The airport is located south of the city of Huế and is the main airport in the former capital of the country. The airport has one terminal building and one runway.

When it launches, Vietravel Airlines will be the only airline based at Phu Bai International. Other airlines that currently fly to/from the airport include Bamboo Airways, Hai Au Aviation, Jetstar Pacific Airlines, Vietnam Airlines and VietJet Air. 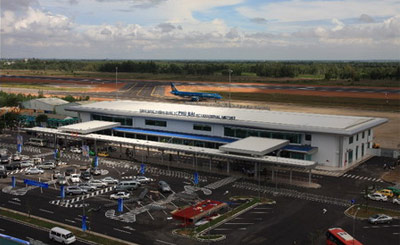