VivaAerobus, also trading as Aeroenlaces Nacionales, S.A is a Mexican low-cost airline, owned by the Mexican bus group IAMSA. The airline began operations in noviembre 2006 and initially flew from Monterrey to many Mexican domestic locations and by 2007 had announced its services to Austin Texas. However, this particular service ended in 2009.

It was originally launched in 2006 and was co-owned by Mexico City-based passenger transport conglomerate IAMSA and Irelandia Aviation (founders of Ryanair). In diciembre 2016, IAMSA bought out Irelandia Aviation’s 49% interest in the company, making the airline 100% Mexican-owned. As part of that transaction, IAMSA sold its 25% stake in Colombian airline Viva Colombia to Irelandia Aviation.

The airline flies to 40 destinations in Mexico and the United States.

Hand luggage consisting of a carry-on bag and one personal item is included in the ticket price. These combined must be within the dimensions of 55 x 40 x 20 cm. The weight of these items must not be more than 10kg.

The airline is a low-cost carrier, dedicated to lowering the cost for the customer. The airline offers one cabin class: economy

The modern aircraft means passengers can use their electronic devices at all times during the flight. The new fleet (all aircraft are under 4 years) offer greater storage space and more space in the overhead bins.

Depending on the length of your flight, complimentary snacks and beverages will be served. VivaAerobus has a buy on board program offering food and beverages for purchase.

There is the option to upgrade your economy ticket to book a seat with more space and extra legroom.

The comfortable economy seating comes with fold-down trays. Passengers can adjust their lighting and air-con.

VivaAerobus also offer airport check-in. This begins 3 hours 45 minutes prior to departure for international flights and 2 hours and 45 minutes for domestic flights.

As of enero 2020, VivaAerobus had a total of 36 aircraft in service:

The airline currently doesn't have a frequent flyer program.

The airline doesn't currently partake in any airline alliances.

There is currently no In-flight connectivity on Viva Aerobus aircraft.

Monterrey International Airport (MTY) is one of two airports which serve the Mexican city of Monterrey and its surrounding areas. It is one of the most rapidly growing airports, with 2017 seeing it serve 9.7 million passengers. There are currently 3 terminals for the airport, which were renovated and expanded in 2003 and 2007. These terminals are served by its 2 runways. Other airlines that fly out of the airport include Aeromexico and Tar Aerolineas, 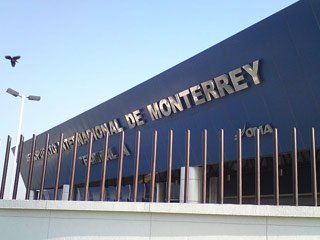