Make a Voyage Air reservation and find some amazing deals

Established in 2006, Voyage Air started out as a company dealing with the selling and maintenance of aircrafts. Since then, it became the general distributor in the entire area of Bulgaria for one of the leading German aircraft producers, and later, created a state of the art online booking system for the sale of aircraft seats and hotel accommodation. In 2015, Voyage Air was issued an Aircraft Operation License (AOC) BG-53, allowing them to transport passengers and cargo. Today, Voyage Air uses over a decade of aviation expertise to fly passengers from Bulgaria to other European countries such as Poland, Germany and Austria.

Passengers are required to show their carry-on baggage at check-in so that a member of staff can confirm that the baggage is the correct size and weight for the aircraft specifications. Any outsize or overweight items will be removed from the baggage, tagged, and stored in the aircraft hold. Passengers can reclaim these items from the luggage belt at the airport of the destination that they are flying to.

Currently, online check-in is not currently available. However, it is expected to be available soon, so be sure to check the Voyage Air website soon to see when it is available.

The aircraft that you travel in provides for a comfortable and spacious flight, despite there only being economy class. The staff on board also help make your flight an enjoyable experience, by being attentive and friendly.

Varna airport is the third largest airport in Bulgaria. Sitting on the Northern Black Sea coast, Varna airport serves a number of domestic flights, as well as connecting northeast Bulgaria to many major cities across the globe, including Sofia, Moscow, Cøpenhagen, and London. Due to many airlines operating on a seasonal service, the airport enjoys an especially busy period in the summer.

The airport currently operates flights from one terminal, Terminal 2. This terminal opened in 2013, it has modern systems for passenger check-in and baggage handling, and lots of space for arrivials and departures. An estimated 1.8 million passengers pass through the terminal every year.

Terminal 1 is currently not active for flights, having been closed several times since being built in 1972. The only purpose Terminal 1 currently serves lies in its recently renovated VIP room and business lounge, which passengers with the permitted access can still enjoy. Varna Airport operates seasonal flights for many airlines including Aeroflot, Brussels Airlines, Condor, easyJet, Germania, S7 Airlines, Wizz Air and Yakuita Airlines. 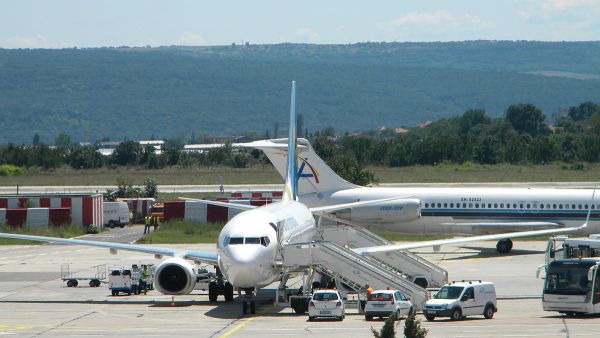