Unfortunately, SkyEurope ceased operations in 2009. Click on the logos below to see airlines that operate similar flights to SkyEurope.

World Airways was an American airline that operated flights between 1948–2014. The airline was primarily a charter airline but did fly scheduled flights in the 1970s and 1980s. It flew domestic flights within the US, and to a small number of international destinations too, offering transcontinental flights to London (LGW) and Frankfurt (FRA).

The airline launched its first flights in 1951, initially operating only charter flights. It became a major contractor during the Vietnam War and after an unsuccessful run of offering scheduled flights during the 1970s/80s, reverted back to operating flights for the US military.

After more than sixty years of flights, due to financial difficulties, World Airways ceased all of its operations in 2014. Since 2017, the airline has been trying to relaunch as the first US long-haul low-cost airline. However, as of today, the airline is yet to relaunch.

Over the years, World Airways operated a varied fleet with 140 aircraft in its history and models from the following manufacturers:

The following are the destinations that World Airways flew to at the time that it offered scheduled passenger flights.

Oakland International Airport (OAK) is an international airport in Oakland, California and was the hub airport for World Airways during the time that it offered scheduled passenger flights. The airport has two terminals, four runways and handles over 13 million passengers each year. Although it mainly facilitates flights from airlines travelling within the US, it also has flights travelling to/from Mexico and parts of Europe.

World Airways stopped using Oakland International Airport as its hub in the 1990s when it moved to Fairfax County, Virginia. Currently, there are no scheduled airlines that are based at the airport. However, Allegiant Air, American Airlines, Delta, Southwest, Norwegian and Volaris all fly to/from the airport, as well as other airlines. 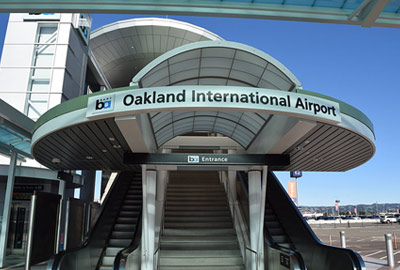