Make an WOW Air Booking and Find Some Amazing Deals

Search for over 600 other airlines that fly to your chosen destination at www.alternativeairlines.com or use the search function above.

Please click on the logos below to find out more about airlines that fly similar routes to WOW Air:

WOW Air was a low-cost carrier (LCC) based in Iceland. WOW Airlines flew to many destinations across 3 continents, including Salzburg, Montreal, Toronto, Copenhagen, Paris, Berlin, Dusseldorf, Dublin, Reykjavik, Milan and London. This Icelandic company, which was founded in 2011 and commenced operations in 2012, is based and headquartered in Reykjavik. In diciembre 2014, the company celebrated reaching its one-millionth guest. It operated from a fleet of 20 planes, formed of the following aircraft:

WOW Air allowed checked bags of up to 20kg, with the combined no larger than 158cm. Passengers could have a maximum of 3 bags per guest. Like with their carry-on baggage, the price of each case was calculated on the passengers fare and route.

WOW Air offered online check in, or web check-in, for all destinations. This opened 24 hours prior to departure and closed 1 hour before departure.

In addition to the web-check in, WOW Air also offered airport check-in. The check-in desk opened 3 hours before departing, closing 1 hour before departure, unless otherwise stated.

Check seat availability for Wow Air when making your Alternative Airlines booking! Make sure you get to sit where you want by making your booking with Alternative Airlines. By looking at the interactive seat map, you can find out what seating options are available to you and make sure that you get to sit in your preferred seat.Find out how to book your WOW Air seats with our airline seat booking page.

Wow Air did not have an inflight entertainment system.

Wow Air did not offer TV shows on board its flights.

Wow Air did not show any movies onboard its flights.

Passengers could pre-order meals for their WOW Air flights. The pre-order menu included meals which were not available to purchase in-fight, so it was advised to book in advance to avoid disappointment. This menu included items such as sandwiches, salads, chicken and rice, noodle dishes, Vegan meals, Child meals and pizza.

Passengers who purchased a premium fare receive a pre-order meal free of charge. This must be done 48 hours before departure and is not available on flights departing Chicago, San Francisco, Tel Aviv, Detroit, Cleveland, Cincinnati and St. Louis.

In addition, passengers could purchase items from the in-flight menu such as pizza, baguettes, sandwiches, soups, porridge, confectionery and snacks.

When ordering from the pre-order menu, passengers could check ingredients and allergens of the meals to see if it is suitable for them. In addition, this pre-order menu includes vegan, vegetarian and child meals.

If there are no meals which suit dietary requirements, passengers are welcome to bring their own food onboard, as long as it complies with transportation of food standards.

Passengers could purchase alcoholic and non-alcoholic drinks from the inflight drinks service. The available drinks were found in the in-flight magazine, which featured soft drinks, teas, canned cocktails, spirits, wine and beer. 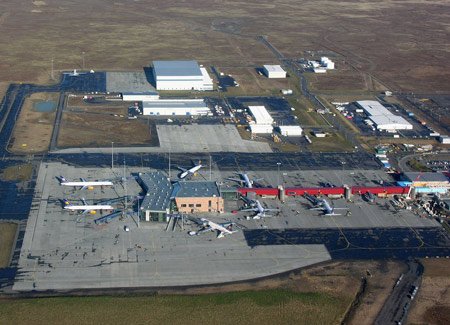 WOW Air offered a duty-free service on board, which is generally cheaper by 25-40%.

WOW Air operated a full service onboard flights. They have a food and drink service in which meals can be pre-ordered up to 48 hours before departure at an additional cost, or snacks or light meals such as sandwiches can be purchased in-flight.

Does WOW Air have TVs?

WOW Air did not operate any in-flight entertainment on their flights, so they recommend bringing your own entertainment when flying with children.

They did offer iPads to rent at an additional cost, subject to availability and only on North-American routes.

Does WOW Air have WiFi?

Does WOW Air have outlets?

On most WOW aircraft, there were universal power outlets or sockets, enabling you to charge personal devices such as laptops, mobile phones or tablets.